Cell phones frequently are the cause of neck injury and pain. Looking down while texting on your cell phone or laptop keyboard or slumped back in your chair, these positions may be causing future health problems. Learn more from CNN’s Dr. Sanjay Gupta as he explains the effect “text neck” is having on our bodies. CLICK HERE to learn more from Dr. Sanjay Gupta

Nearly 20 percent of people who underwent low back fusion surgery developed post-traumatic stress disorder symptoms associated with that surgery, according to a recent Oregon Health & Science University study published in the journal Spine.CLICK HERE to learn more, from ScienceDaily

Dr. Michael Callton, a third-term Michigan state representative, has been appointed to chair the House Health Policy Committee. Callton is the first DC elected to the Michigan Legislature.

Study shows no long-term benefit of surgery for spinal stenosis

A study in the journal Spine suggests surgery and conservative treatments result in similar long-term outcomes for patients with spinal stenosis. Of the study participants who had surgery, 18% had repeat surgeries for recurrent spinal stenosis within eight years. U.S. News & World Report/HealthDay News (1/19) 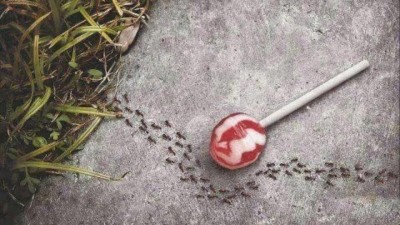 Roaches and ants won’t eat it, cats and dogs won’t eat it, even house flies won’t eat it — but the FDA (Food and Drug Administration) serves Aspartame to you with their approval and the approval of the Monsanto Chemical Company.

The FDA and the CDC (Centers for Disease Control) have received nearly 7,000 complaints, including five deaths, attributed to the use of aspartame in food products since the FDA first permitted limited use in 1981. A number of researchers and doctors around the country object not only to the product itself, but to the questionable preliminary research that led the FDA to approve it’s use.

Bills to Require Payment for All Services Legally Delivered Under Michigan’s Chiropractic Scope of Practice Introduced in Michigan Senate!

Make your voice be heard! The MAC – through it’s online grassroots partner CAPWIZ – has made it very simple for you to contact your lawmakers regarding this critical issue. Just go to www.chiromi.com, scroll down to the “Write Your Legislators” box, put in your zip code, and “Take Action” under “Patient Equity Act.” It’s fast, easy, and will make a difference!

Two great friends of chiropractic in the Michigan Senate – state Senator Mark Jansen (R-Gaines Township) and state Senator Mike Nofs (R-Battle Creek) – have introduced legislation that would require insurers to pay for all services legally performed under Michigan’s new chiropractic scope of practice, regardless of whether or not the service was allowed under the former scope. The package of bills – known together as the “Patient Equity Act” – has been referred to the Senate Insurance Committee.

The bills would remove the language added by five trailer bills to our new scope of practice legislation that allow insurance companies to avoid paying for new services DCs gained the right to perform in 2009. These five bills – which were strongly opposed by the MAC – were added by the insurance industry as a condition of their passage.

Senate Bill 4, introduced by Jansen, would apply to prudent purchaser agreements and eliminate the authority to refuse reimbursement for certain chiropractic services.

Senate Bill 12, introduced by Jansen, would apply to personal protection insurance coverage and eliminate the authority to refuse reimbursement for certain chiropractic services.

Senate Bill 160, introduced by Nofs and co-sponsored by Jansen and state Senator Jim Marleau (R-Lake Orion), would apply to health care corporations and eliminate the authority to refuse reimbursement for certain chiropractic services.

Senate Bill 161, introduced by Nofs and co-sponsored by Jansen, would apply to Michigan’s workers; compensation system and eliminate the authority to refuse reimbursement for certain chiropractic services.

Background. In 2009, the Michigan Legislature passed legislation that brought Michigan’s chiropractic scope into line with the rest of the nation, allowing, among other things, the adjustment of the extremities, differential diagnosis, and the use of physical measures. Michigan’s previous chiropractic scope, which completely ignored the scientific basis behind chiropractic and prevented doctors of chiropractic from treating patients as they were educated and trained, was the most restrictive in the nation.

The scope legislation was part of a package that included bills that state insurance carriers may reimburse for the new services allowed under scope restoration. Following requests from special interests, they were “tie-barred” by the Legislature to the scope bills, meaning that the scope bills could not take effect unless the other bills were also enacted into law. Similar legislation has been tacked on to all other major attempts to enhance a health care profession’s scope of practice, such as when the optometrists successfully changed their scope in the 1990s.

NOW is the time to rescind these bills, which discriminate against doctors of chiropractic and their patients! Get involved TODAY and contact your lawmakers on this critical issue!

Jan. 15, Cambridge, Mass. – A 2012 report issued by Harvard Medical School endorses chiropractic for patients with short and medium term low back pain (LBP).
Low back pain can be highly uncomfortable, debilitating and disruptive for those who suffer from it and has been implicated as a major factor in lost work time and health care spending in North America.

The Harvard Medical School Special Health Report, titled Low Back Pain – Healing Your Aching Back (published by Harvard Health Publications) outlines, for both health professionals and lay-readers, factors leading or contributing to LBP and suggests therapeutic options for patients who live with it. Amongst these, chiropractic is listed as a viable therapeutic option for patients suffering from acute LBP, noting that chiropractic relieves pain and reduces the necessity of medication for some of these patients. Read More

Here is an interesting paper on the course of low back pain.

Note that in subjects with LBP of less that 3 months duration only 33% had recovered by the 3 month point and 65% continued to have LBP one year later.

The authors state that “The findings of this review indicate that the assumption that spontaneous recovery occurs in a large majority of patients is not justified”.

Abstract Background and Objective
Non-specific low back pain is a relatively common and recurrent condition for which at present there is no effective cure. In current guidelines, the prognosis of acute non-specific back pain is assumed to be favourable, but this assumption is mainly based on return to function. This
systematic review investigates the clinical course of pain in patients with non-specific acute low back pain who seek treatment in primary care.Databases and data treatment included were prospective studies, with follow-up of at least 12 months, that studied the prognosis of patients with low back pain for less than 3 months of duration in primary care settings. Proportions of patients still reporting pain during follow-up were pooled using a random-effects model. Subgroup analyses were used to identify sources of variation between the results of individual studies.

Results
A total of 11 studies were eligible for evaluation. In the first 3 months, recovery is observed in 33% of patients, but 1 year after onset, 65% still report pain. Subgroup analysis reveals that the pooled proportion of patients still reporting pain after 1 year was 71% at 12 months for studies that considered total absence of pain as a criterion for recovery versus 57% for studies that used a less stringent definition. The pooled proportion for Australian studies was 41% versus 69% for European or US studies.Conclusions The findings of this review indicate that the assumption that spontaneous recovery occurs in a large majority of patients is not justified. There should be more focus on intensive follow-up of patients who have not recovered within the first 3 months.

Your Smartphone is a Pain in the Neck 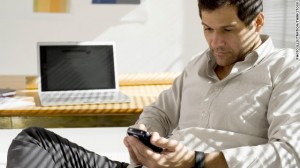 (CNN) — Chances are you’re reading this while leaning over a table or slumped back in a chair. Your head is tilted forward; your shoulders are curved.
If you’re on a mobile device, your arms are bent by your side and your back hunch is even more profound.
Am I right?
The position you’re in is probably causing you pain, whether you’re aware of it yet or not. Don’t worry, physical therapists have a diagnosis for the headaches, neck cricks and achy shoulders. They call it “Text Neck.”
“Text Neck is not just a texting problem,” says Dr. Dean Fishman. “Text neck is a gaming problem. Text neck is an e-mailing problem.”
Fishman originally coined the term in 2008 while examining a 17-year-old patient. The teen came in complaining of headaches and neck pain. As Fishman was trying to explain to the patient’s mother exactly what the problem was, he glanced over and saw her posture.
The teen was sitting in a chair, hunched over her smartphone, texting away.
“I knew I had something,” Fishman says.
The average human head weighs 10 pounds in a neutral position — when your ears are over your shoulders. For every inch you tilt your head forward, the pressure on your spine doubles. So if you’re looking at a smartphone in your lap, your neck is holding up what feels like 20 or 30 pounds.
Sleeping with your smartphone?
All that extra pressure puts a strain on your spine and can pull it out of alignment. Dr. Tom DiAngelis, president of the American Physical Therapy Association’s Private Practice Section, compares it to bending your finger back all the way and holding it there for an hour. READ MORE

Landmark decision for the management of chronic low back pain

The University of Pittsburgh Medical Center (UPMC) has adopted landmark guidelines for the management of chronic low back pain.

As of 2012, candidates for spinal surgery under the UPMC Health Plan must undergo a minimum of 3 months of conservative care, including chiropractic and health coaching before surgery is scheduled. This has been implemented in response to the high success rates of chiropractic intervention and the soaring rates of spine surgery.

Gerard Clum, DC, former president of the World Federation of Chiropractic and Life Chiropractic College West, and current executive committee member of the Foundation for Chiropractic Progress, stated, “The UPMC should be congratulated for its leadership is establishing policies to assure that the least invasive and most likely to be successful care strategies, including chiropractic care, are applied for a meaningful period of time before surgical considerations are made. This decision is both an important recognition of the value of chiropractic care in the acute low back pain environment as well as recognition of the clinical and economic downsides to spinal surgery in this situation.”

.. Every day, spine and joint pain sufferers are learning more about the benefits of our specialized healthcare approach. This trend continues to grow as patients increasingly consult us, begin to feel their best and appreciate improved wellness from our care.